How to Install Redis on Ubuntu?

Redis called as Remote Dictionary Server. Redis is an Open-Source in-memory data structure server. It is used as cache storage and Database. Redis stores a mapping of keys to five different types of values. Redis is also useful to run task queues in the server background.

Following are the steps to install Redis on Ubuntu Server.

If you receive PONG in response, this means Radis is installed properly on your server.

Let us configure Redis for Memory Usage Limit and Password.

change it to 256mb or to the number you required. 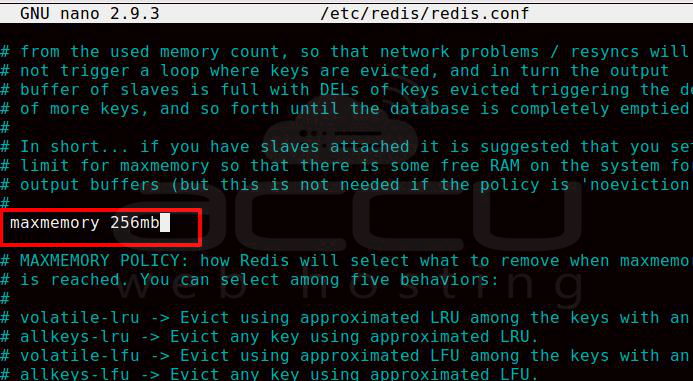 This is it. You are done with Redis installation and configuration.

How to Install NodeBB on a CentOS VPS?

NodeBB is an open source and powerful forum software based on the Node.js. It is very easy to...

How to install ISPConfig on CentOS 7.x?

ISP config is an open-source control panel for Linux with easy to use web interface that helps...

How To Configure Redis Caching to Speed Up WordPress on Ubuntu 18.04?

Redis is an open-source in-memory data structure store. It can be used as a DB and cache. It...

How to reset MySQL 8.0 root password on Centos 7.x?

You may need to reset your MySQL root password if you lost or forget it. MySQL stores the...

How to Install a Perl Module in cPanel?

Activation Request has been sent.